David Shepherdson is an inspired and passionate wood turner. He specialise in creating unique writing instruments that are a real pleasure to use. He established Pens Unique in 2007 after graduating from his father’s woodturning academy in Australia. He designs and lovingly crafts each unique pen or pencil in. His passion for bringing wood back to life in a new form and searching for new materials and designs is his inspiration. Recycling unusual objects that hold a significance for their owners and turning them into usable and tactile writing instruments is another of his passions. His aim is to create unique, quality pens and pencils for you to give as a gift or treasure yourself, that are “Handcrafted to be different”

David was born in the small Yorkshire coal mining village of Dinnington. His father was in the Royal Navy so they moved around a fair bit, living in Portsmouth, Gosport and Malta for most of his childhood. On leaving school he wanted to go to Art College, but both his parents said in unison get a “Real” job. So he decided on the Royal Air Force. His parents and 4 younger brothers emigrated to Australia in the early 70s leaving him to fulfil his career aspirations in the RAF, where he served  for 33 years as a logistician, seeing service in the UK, Europe, Ascension Island and Cyprus. On leaving the RAF in July of 2003 he struggled to adapt to working with civilians and eventually found a job that he loved as a school caretaker at a infants/junior school in Beaconsfield, Bucks. Where the children and staff took full advantage of his artistic skills and ability to get the job done. From making scenery for the many school plays to even creating a Yellow Submarine capable of holding 4 children for a performance at the Wycombe Swan, he had a fantastic ten years there until his retirement.

It was on one of David’s many holidays to Australia to visit his family that, after many offers, he finally decided to have a go at woodturning under his fathers watchful eye. From that moment on he was hooked. He often says it was his fathers way of giving him my artistic direction back after his refusal to let him go to art college all those years previous. Even when his fathers health deteriorated and kept him from his beloved woodturning he used to send David regular shipments of wood from Australia. It was his way of still feeling a part of making something. He was a very private man, but very proud of what David was doing with the woodturning skills he had passed on to him. Now David is passing his skills on to his family, with one of his grandchildren having a go at woodturning and creating her own pen at just aged 7.

In the Town Hall from Friday 14th – Saturday 15th October 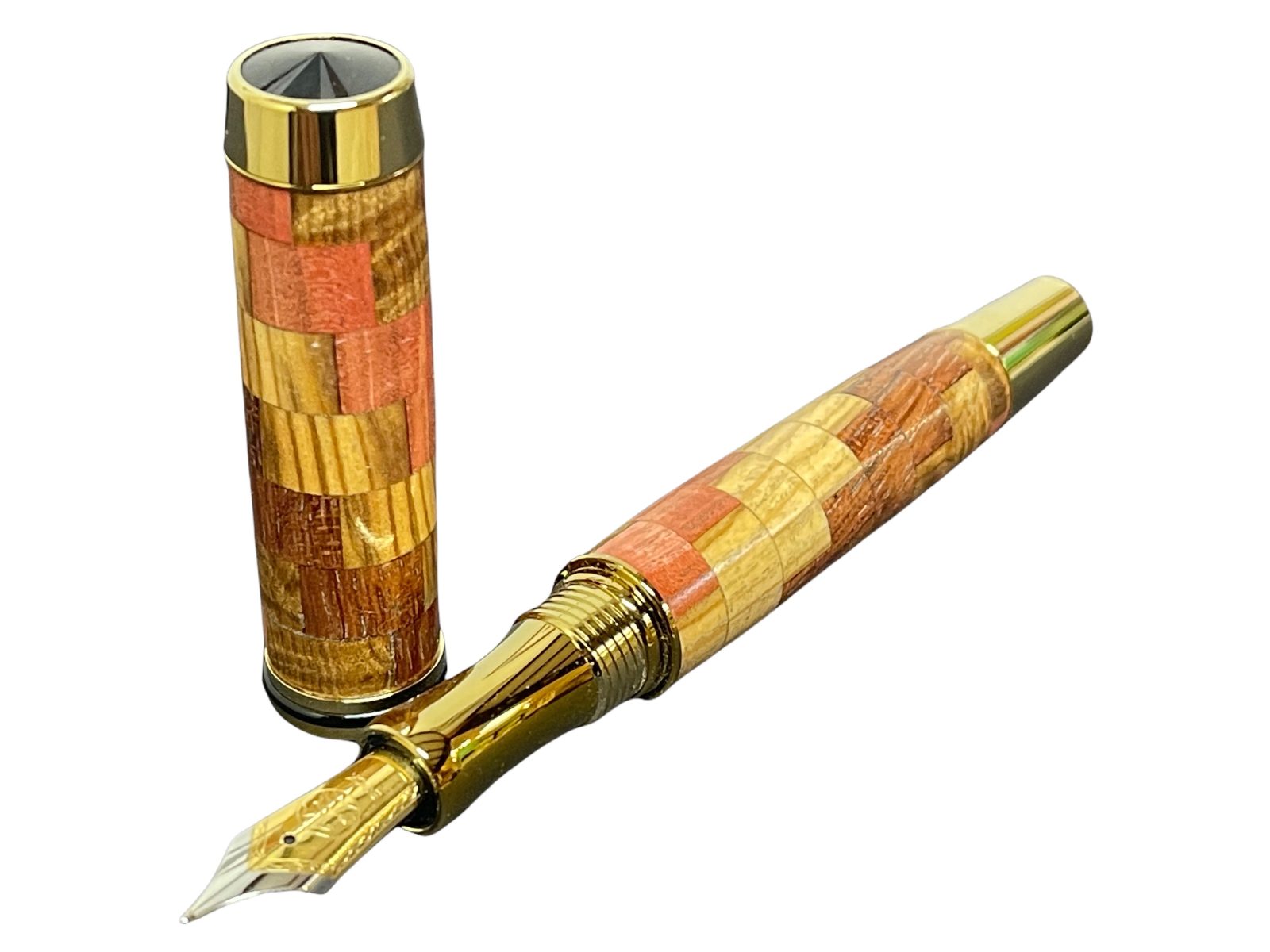 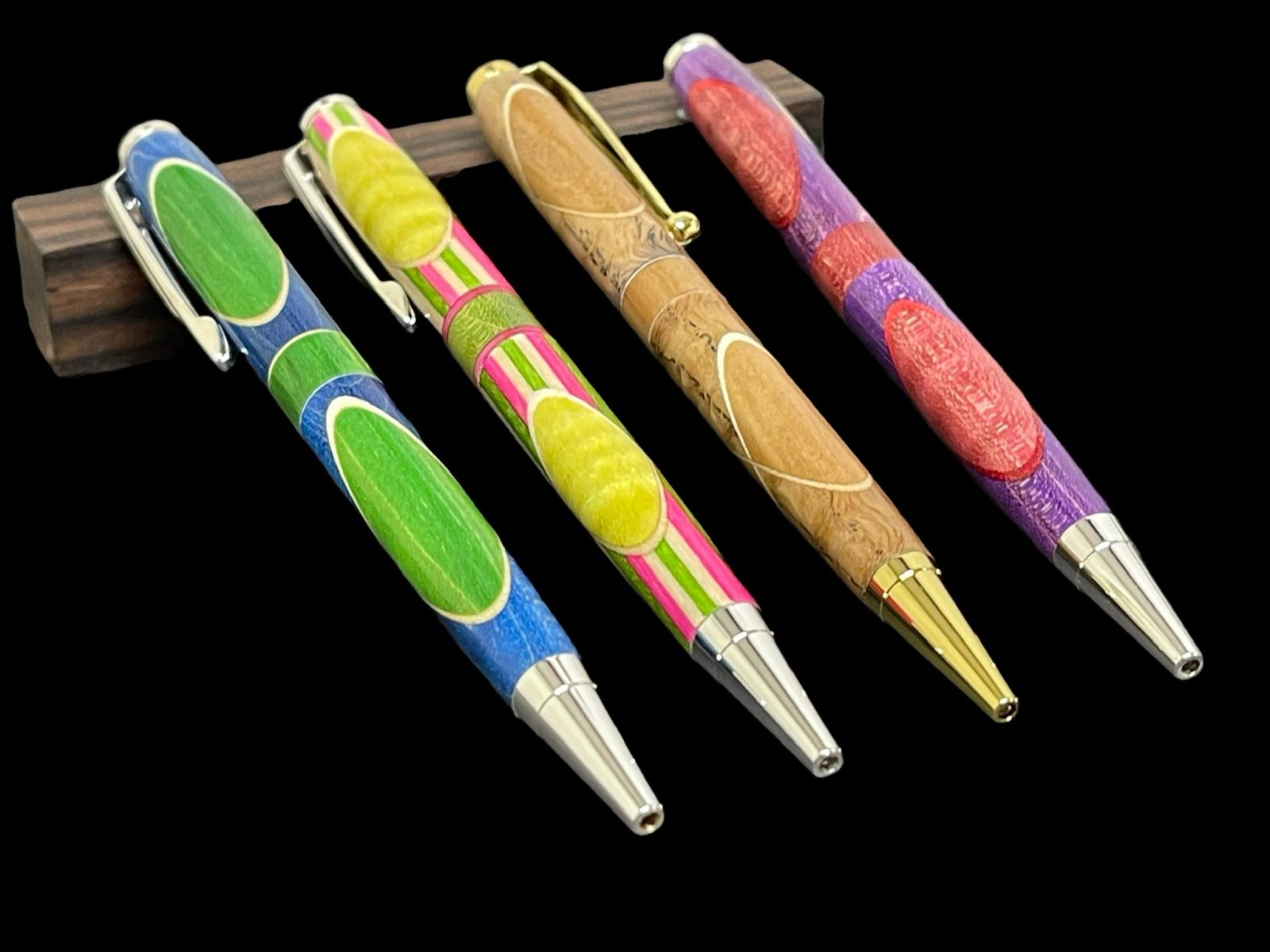 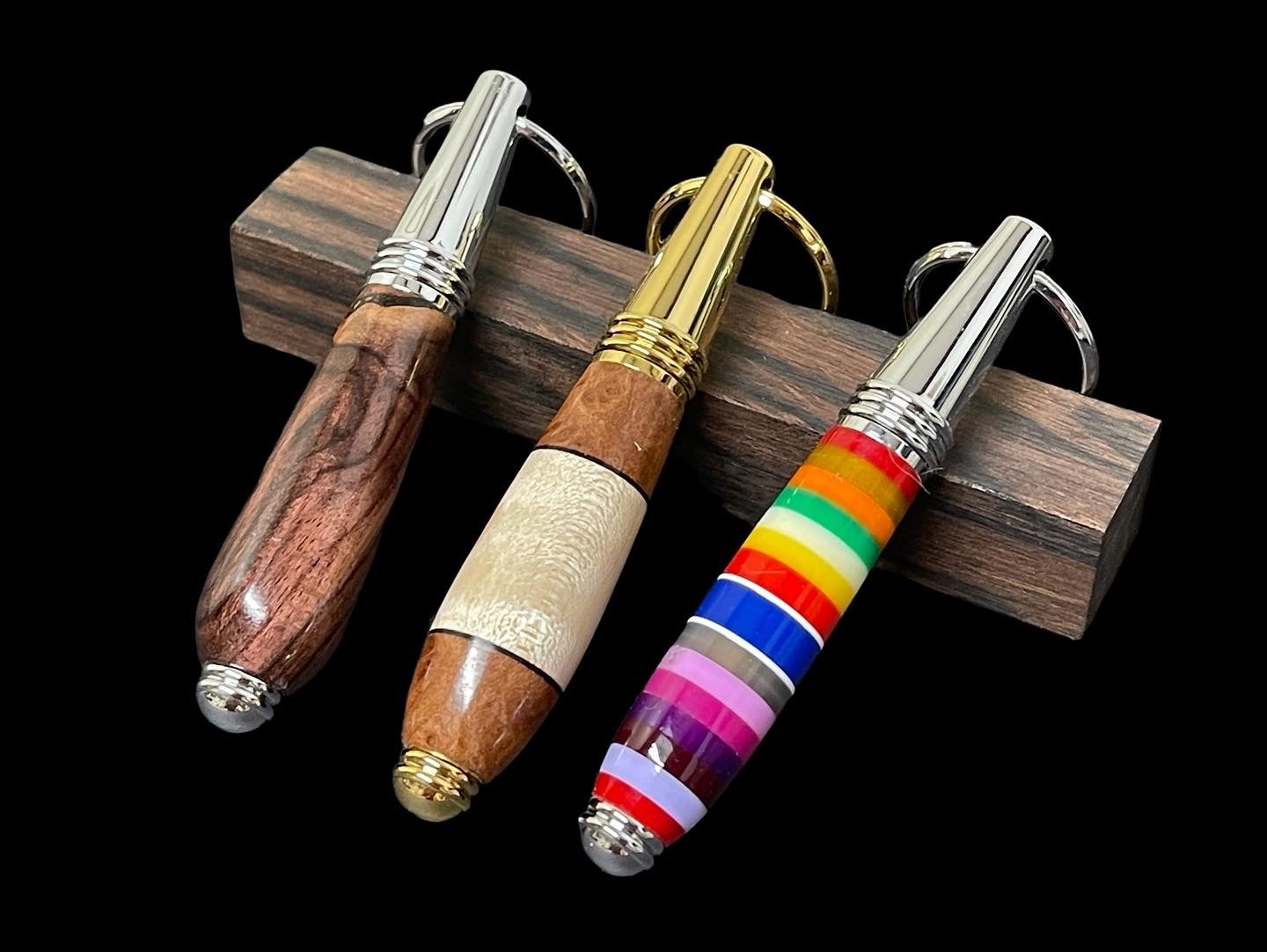